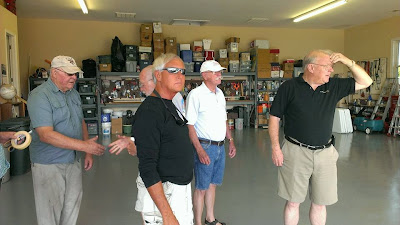 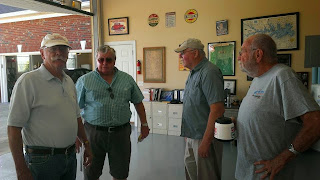 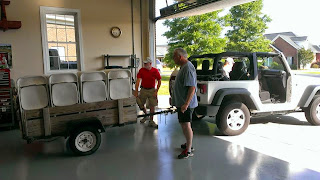 We are ready.  Come on everyone, to the SCBC held at Whiteplains Plantation SC99 this Sunday from 8:00am to 10:00 am.   The weather forcast is for no rain, so dust off you plane or car and plan on so good food and fellowship. It doesn't matter if you fly, drive or walk in...everyone is welcome. 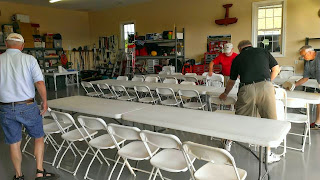 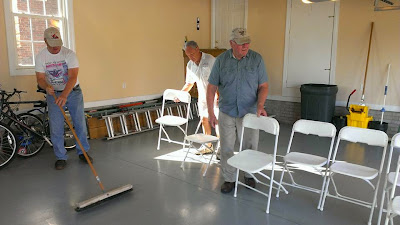 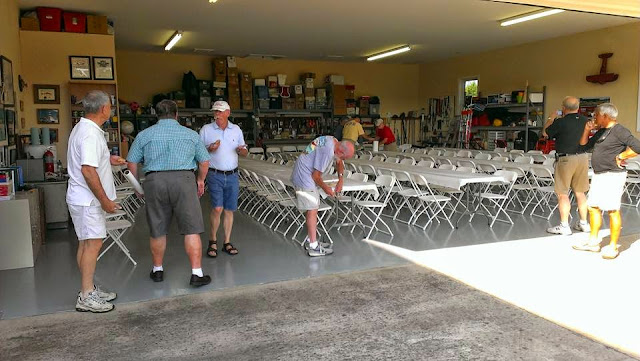 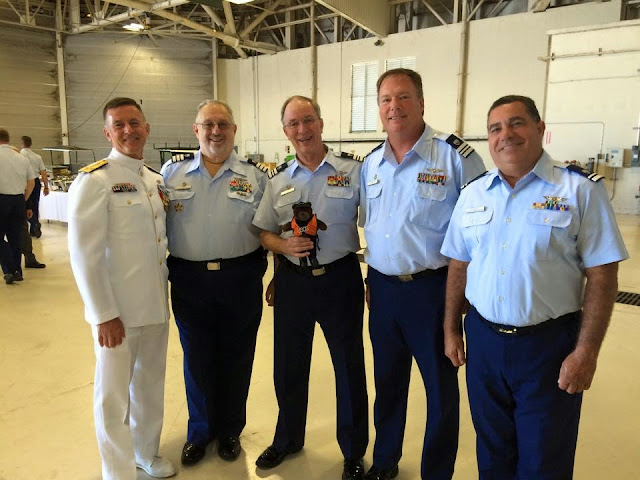 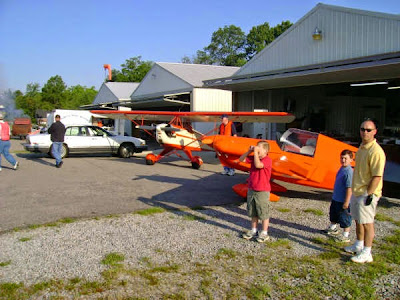 Neighbors,
Just a reminder that Whiteplains Pilots Association will again be hosting the Annual Fly In Breakfast here at Whiteplains next Sunday morning, May 17th, at 8:00 am.  Please feel free to bring family and friends, breakfast will cost$8.00 per adult, $4.00 for ages 10-6, and under age 6 is free.  Breakfast is being catered by Teresa's Catering again this year and will be served at the Mike and Shelly Knox hangar, East Entrance of Subdivision.
Breakfast and Fly In are scheduled rain or shine.  Dick Hitt has invited his colleagues from area auto clubs to show their vehicles.
Pilots from near and far will arrive in their aircraft and display them for show.
Everyone is welcome and we hope to see you there.
Y'all Come,
Clem Spencer
Whiteplains Plantation Association 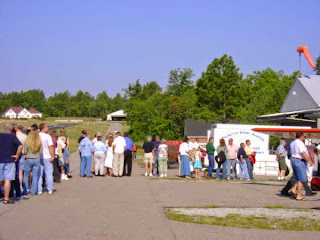 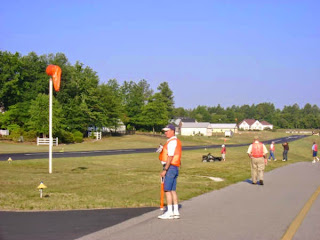 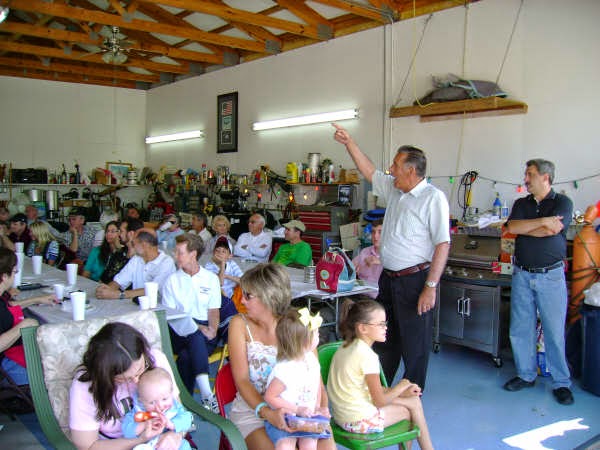 Clean up at Whiteplains

Thanks to all of the K-Clubbers who stepped up the the plate and helped with our Whiteplains Work Day in preparation for the SCBC next Sunday. We cleaned up around the transient parking pad and the east end of the airport. Kudos to Mike Moore for outstanding leadership, and workers Jim Franklin, Clem Spencer, Don Nowakowski and Steve Sanderson. Supervision by Jim Causey and Dick Hitt, refreshments by Dick Hitt, and photos by Dick Hitt and Allan Dickerson. 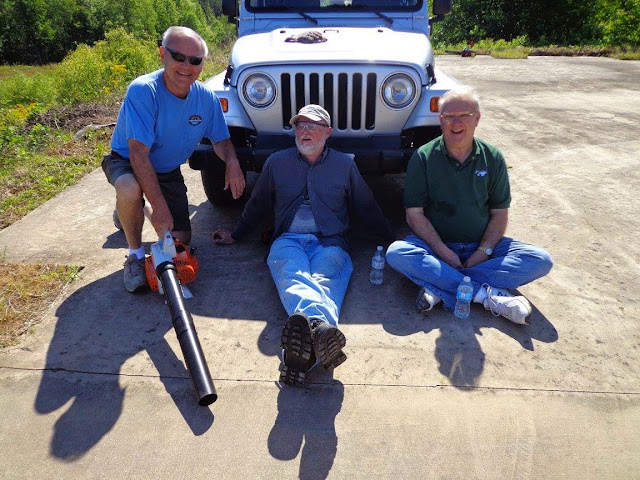 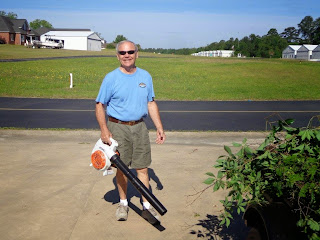 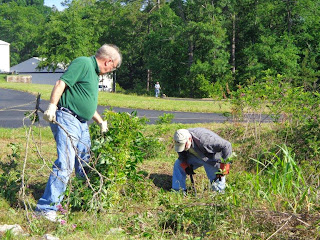 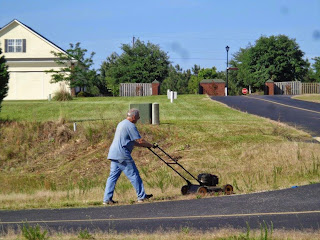 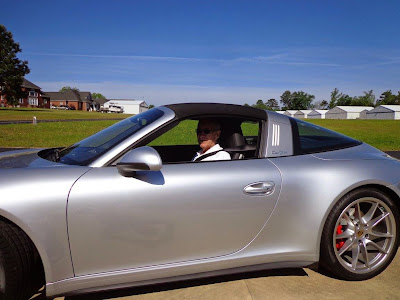 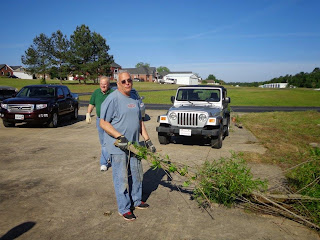 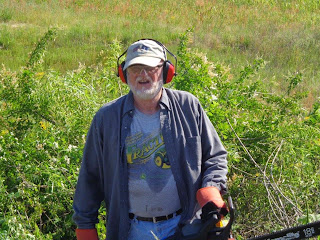 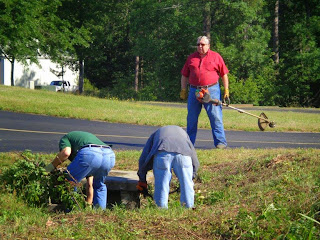 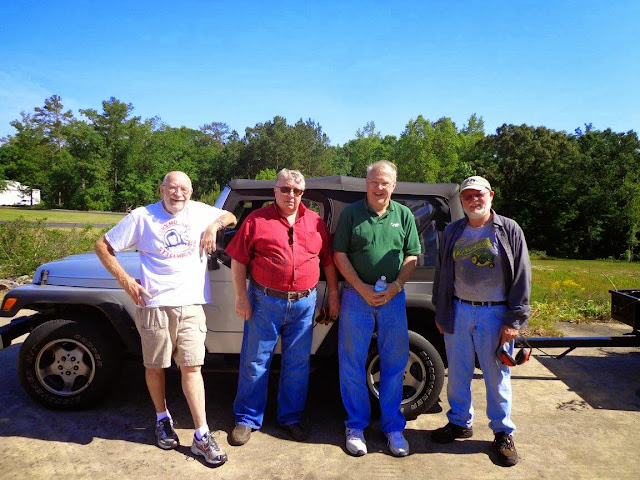 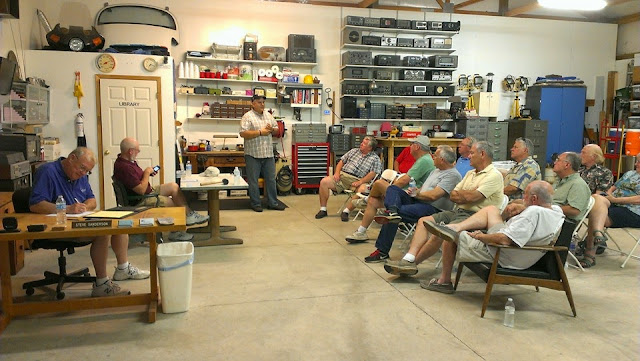 Bo Fender talking about the upcoming Young Eagles Flight.
Other discussions about the SCBC in two weeks.
If you didn't get to attend this meeting, best check,
you might have been nominated for a job or two.
Best to always show up. :-)
Update:
For those that didn't make meeting we are cleaning up around transient ramp (pad next to Keisler's hangar this Saturday at 0900 local. Please bring tools for some tree cutting,raking, and weed trimming etc.

I am happy to say that I will be the parking chairman for this upcoming SCBC fly-in on May 17th. Steve Crim has volunteered to be the vice-chairman and we will be ably assisted by, Bill Como and Jim Franklin.

We will have a special parking area, in a prominent location, where all Whiteplains residents will be able to bring their "fun" cars; old cars, muscle cars, hot rods, expensive cars and any car that you are proud of!

Please send me a note if you will be bringing a car so I can plan the parking. 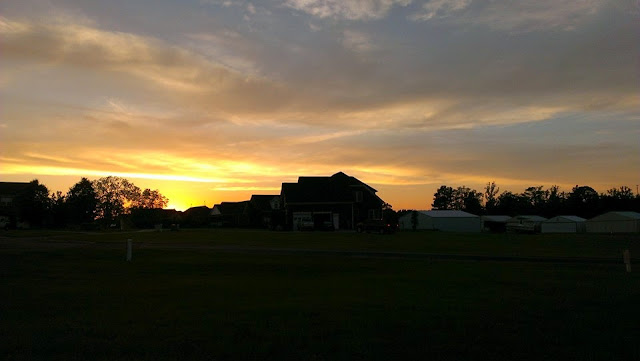 Winging it with the SC Breakfast Club

Photos courtesy of Valerie Anderson
It’s a sunny Sunday morning. A hangar door rumbles open to reveal a spotless, classically painted Cessna 180 taildragger with stall fences on its wings and a three-bladed propeller.
Two men carefully roll the airplane into position outside, and in a few minutes, as a video captures the action and the bluegrass tune, You Can Take Your Time, by The Boxcars plays, the airplane is airborne out of Columbia, South Carolina.

The date is April 12, 2015, and the Cessna is southeast bound at 2,500 feet from Columbia to Palmetto Air Plantation, near Manning, for one of the every-other-week meetings of the South Carolina Breakfast Club.
It’s safe to say that most everyone involved in aviation in South Carolina has heard of the breakfast club, which has been airport-hopping for Sunday morning meals on an alternate-week basis, and sometimes more often, since 1938, except for a brief interruption during World War II when fuel was scarce.

Throughout its life, the club has had two presidents, Bill Hawkins, and since 1972, Gerald Ballard. Anne Hawkins was the club’s first secretary, and kept the schedule. Wendy Griffin now handles that all-important task.
It’s estimated that more than 8,000 people have attended breakfast club meetings over the years.
“Requirements for membership are very strict,” deadpans Stoney Truett, a 30-year member, and the pilot of the Cessna 180 in the video. “Attend once, and you are a member for life.”
There are no dues, and no rules, except to “fly safe.” Enjoy the fun, the fellowship, some flying, and a home-cooked southern breakfast. The meal is sure to have something for everyone, whether you have discovered a taste for shrimp and grits, as was offered at a recent club meeting, or you can’t stop thinking about the hash brown casserole served on the Palmetto Air Plantation date (prompting Truett’s wife, Valerie Anderson, to post a request for the recipe on Facebook).
The Palmetto video is one of a growing library of breakfast club meeting videos recorded in recent years and posted online by Anderson on the club’s website.

Between 30 and 60 aircraft are likely to show up for a typical breakfast club meeting, but Truett, who flies from Columbia’s Jim Hamilton L.B. Owens Airport thinks the record may have been set at a meeting in Newberry County, northwest of Columbia, when 120 aircraft landed in less than an hour and a half, he said.
It’s not always only singles and light twins that fill up the ramp when a breakfast club meeting is in full sway. A DC-2, a Douglas Dolphin flying boat, and a Spartan Executive, formerly in the collection of Colgate W. Darden III, have put in appearances.
Tempted to attend? Check the schedule, which is already planned for 2015. Filling up the dates was easy because “airports that get on the schedule tend to want to stay on the schedule,” Truett said. (Right now there’s about a three-year wait to get new airports booked.)
And no, if you look at the complete 2015 schedule, the Feb. 15 entry “Salisbury NC” is not a typographical error. The club will cross state lines on occasion. Indeed, a number of states have gotten in touch with the club for advice about starting similar groups. “But none of them has lasted,” he said.
Any social organization founded on common enthusiasms develops its own special traditions, and the breakfast club has three of long standing.

First is the South Carolina Breakfast Club belt awarded to the person who has traveled the longest distance to reach a meeting destination. A visitor from the United Kingdom came away with that award at one meeting. At another, a pilot who flew in from upstate New York in a Cherokee Six received the prize.
Another tradition is "the ball." Balls are known for their tendency to bounce, so it was fitting that a ball would be awarded to the pilot who makes, shall we say, the most tangibly tremulous touchdown on arrival.
All in good fun, but evidently not every pilot is well practiced in the art of self-deprecation. “People would get there at 7:30 or eight in the morning so nobody would see them land,” Truett said. “Some would keep going, and not even stop to eat.”

Tradition long dictated that any pilot who received the ball must relinquish it at the following meeting. But when too many balls went unrecovered, a change of policy was decided.
“They started letting the president keep the ball, and the person who made the worst landing got to sign the ball,” Truett said. In another club custom, gas money for the next scheduled club meeting is awarded to the winner of a lotto drawing.
Truett puts on his flight instructor hat to point out two other benefits of regular participation in breakfast club meetings: Finding your way to the destinations will make your VFR navigation skills razor sharp. And with regular attendance, “you will always be current.”
Not to mention, well fed?
“If you go away hungry, that’s your fault,” he said.