Nice firework show from Down Under. 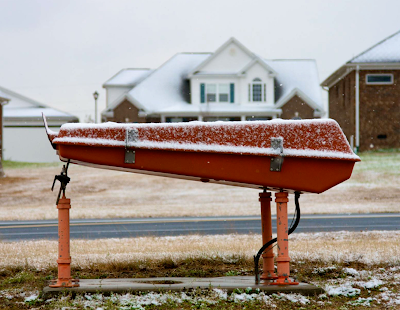 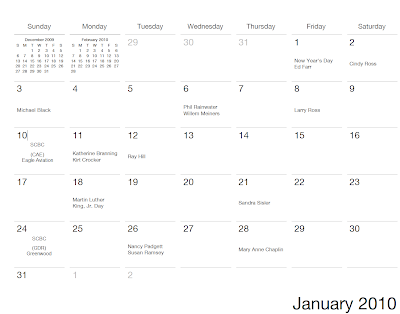 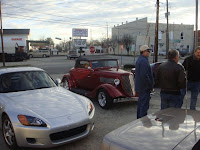 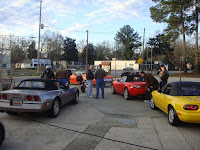 A few pictures from today's trip to Twin Lakes for the SCBC. Fun was had by all, especially for Posie who won the cash drawing. Way to go Posie! 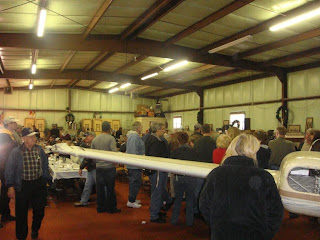 How Lucky - Another Flat Tire 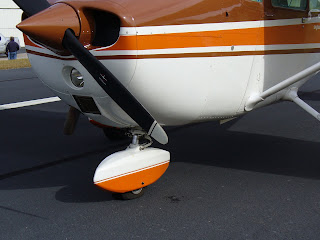 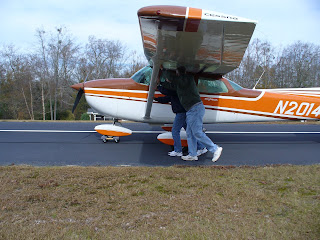 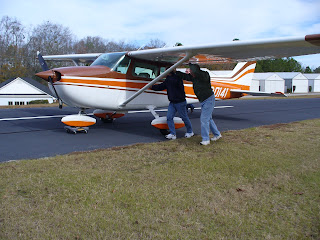 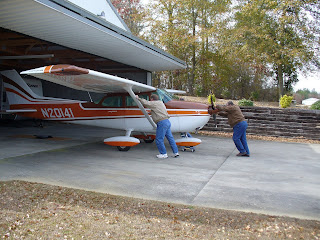 Our second flat in three years - same tire. Wow! Special thanks to Ken Plesser, Clem Spencer, Jim Causey (who supplied the dolly), Peg Peterson who manned the portable radio in case anyone was in the pattern and Peggy Como for taking these pictures. Of course John Gardner and Bill Como who created the situation.
Posted by Contact Information at 12/18/2009 12:23:00 AM No comments:

The director of the battered women's shelter wondered what became of him...

Fundraising was an important part of my job as director of a battered women’s shelter.

This afternoon’s gathering was a chance for me to inspire people to donate the resources our shelter desperately needed. Could I come through once again for the women and children who needed us?

The seats were filled when I entered the room. Everyone was there to hear what I had to say.

All morning I’d sweated over my speech. From the moment I sat down at my desk, all I could think about was the good we couldn’t do. Women came to us for protection, but their problems often followed them into the shelter.

Their needs could be overwhelming, or beyond our scope—physical and emotional healing, a new home where they’d be safe, a way to support themselves.

And the children! Too many to count. How many had I met over the years who were hurting from the violence they saw in their home?

Their faces came to mind as I began a first draft of my speech. I remembered the children in a support group I’d run years ago around Christmastime.

“There are lots of different jobs adults have in the world,” I’d told the kids sitting in a circle on the floor. “What would you like to be when you grow up?” I’d hoped the question would start them thinking about happy futures.

“I want to be a police officer,” an eight-year-old boy said. “Then I could arrest Daddy for hurting Mommy.”

Next came a five-year-old girl. “I want to be a nurse.”

“If I was a nurse,” she said, “I would heal Mommy whenever Daddy hurt her. Then I would help all the other mommies when they are hurt by mean daddies.”

I wondered if these kids would ever have lives not dominated by the abuse they’d suffered. “How about you, Tommy?”

Tommy was 12 and hadn’t been with us long. His face was still bruised from the last explosion of violence at his house. He’d tried to keep his father from beating his mother. His father turned on him instead. “What would you like to be when you grow up?” I asked.

Tommy paused. “I’d like to be an airline pilot. Then I could have wings and fly anywhere I wanted to go..”

“You can do anything you want to do if you try hard enough,” I assured him. “Every one of you can.”

All these years later, I wondered what had become of that little boy—or any of the children who’d passed through our doors.

Tommy always wanted wings, I thought, trying to focus on my speech. Lord, I pray he got them.

In the weeks he stayed with us at the shelter Tommy drew dozens of pictures, and almost all of them were of airplanes, butterflies and birds. When we decorated our Christmas tree it was Tommy who put the angel at the top. “Now she can watch over us,” he said.

Ever since that day, Tommy drew angels along with his birds and butterflies. Angels with big, powerful wings. I hoped those angels got him through his growing up years. But was that enough to inspire an audience to donate to our shelter? On a bad day, hope was barely enough to inspire me.

My secretary poked her head in my office door. “There’s a man at reception asking to see you,” she said. “He seems very friendly.”

Precautions like that were standard in my line of work. Abusers sometimes showed up to threaten us. Although our shelter was meant to be a haven, the women and children here never truly felt safe as long as their abuser was out there somewhere.

None of this line of thinking was helping me come up with a speech for the fundraiser!

Too often a situation simply seemed beyond hope. For example, Tommy and his mother hadn’t even been able to stay in the same state with his father. We scraped together enough money to buy them tickets to California, where an aunt lived. I drove them to the airport on a snowy night in January.

Despite the danger he was in, Tommy was excited about the trip. “I’ve never been on an airplane!” he said as we checked in the thrift store suitcase we’d found him. “I can’t wait!”

I hugged him tightly. “Now you’ll see what it’s really like to fly.”

Tommy pulled back and looked me dead in the eye. “Someday I’m going to be a pilot,” he said. “And don’t you forget it.”

Twelve years later, I hadn’t. I never saw Tommy and his mother again. I’d never know if Tommy got his wings. I just had to trust angels were watching over him when I couldn’t.

I supposed that’s what I’d say at the fundraiser.. We had to do all we could to help, and trust God and his angels to do the rest.

A man in military dress came to the door. He smiled, as if waiting for me to recognize him. I looked at this smart young man, a proud member of the U.S. Navy. His uniform was perfectly pressed and fit him to a T.

And what was that above the breast pocket of his jacket? Wings? I looked again at the young man’s face. I knew him. Could it be? After all these years?

“You remembered!” Tommy swept me up into a bear hug. “I came to show you my wings!”

Over a long lunch Tommy told me how he and his mother had remained in hiding in California, where Tommy was a straight-A student.

“I had to be,” he said. “A scholarship was my only chance for college. If I’d applied for a student loan my father might have found us.”

After graduating Tommy received a commission with the Navy. He immediately applied for flight training as a naval aviator. “My father died,” he said. “So Mom and I are really free. I promised myself I’d come see you again and thank you for your encouragement.”

We stayed so long talking I was almost late for the fundraiser. But I arrived just in time, feeling more inspired by our work at the shelter than ever. And best of all, my speech had written itself.

Mr. Ted Stambolitis, owner of the Flight Deck, has relocated our Whiteplains announcements board in his restaurant, and now it is in a much better place for everyone to see it.

We have put up some photos from Whiteplains and here is what it looks like: 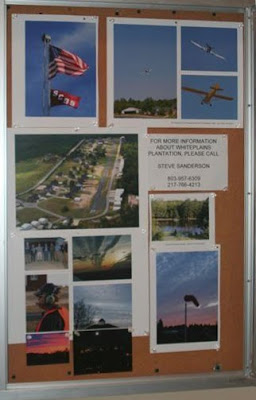 Our thanks to Ted and we hope you will have a chance to stop by and take a look at it.

The first run of 25 of our 2010 calendars sold out very quickly and they have been received and delivered to everyone who ordered them. We are taking names for a second print run, and if we can get 25 more orders, we can run them for the same $22 as the first printing. If we have less than 25 orders, the calendars will be $24 each.

If you would like to order a 2010 calendar, please send a note to Michael Branning, mbranning@mac.com

Whiteplains is hosting a Jr. ROTC Young Eagles Flight on December 12th, at 10 am. If you would like to help, either as a pilot or ground crew, please contact Don Cook. At this time we are expecting around 8-10 cadets. The only requirement for pilots other then normal pilot requirements is that you belong to the National EAA. You do not have to belong to a local EAA. 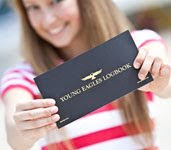 Upon completion of a flight, the Young Eagle will receive a logbook for recording this and subsequent aviation experiences. In addition, they will also receive an access code to the Sporty’s Online Complete Pilot Training Course. Both the logbook and the entire flight training course will be free of charge to Young Eagles.

This is a great way to help a young person an opportunity to experience the joy of flying. With your help, we can make it all happen.

The 2010 Calendars are ready! Thanks for all the help I’ve received from Don Cook, Steve Sanderson, and Phil Rainwater.

I’ve placed an initial order of 25 calendars, which should arrive by December 7. The price will be $22 each for the first 25 calendars, which will just cover the direct costs. I’ll order more based on the orders I receive, but they will be $24...unless I get a big enough response to order another batch of 25.

Contact Steve Sanderson (aardvark@illinois.edu) to reserve your calendars. Orders must be received no later than December 9. Please make checks payable to Michael Branning or send me funds via Paypal to mbranning@mac.com.

A note from Steve: I have seen a sample of the 2010 calendar, and Michael has done his usual outstanding job with the photography, and we thank him for his talents and dedication. The calendar would make an ideal gift, so order yours today! I will be helping Michael with the distribution of the calendars, and will pick up your check when I make the delivery.

A few photos from the calendar: 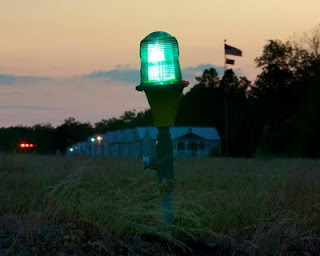 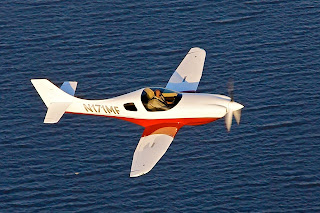 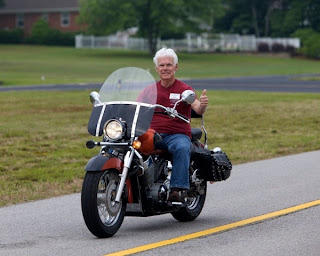 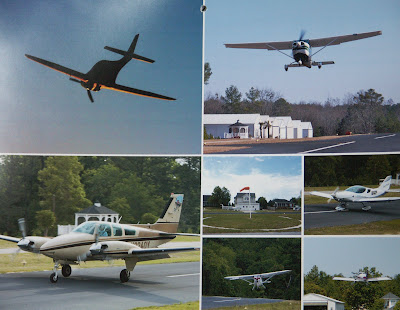 Other Dates to remeber:
December 25 - Christmas - Merry Christmas Everyone!