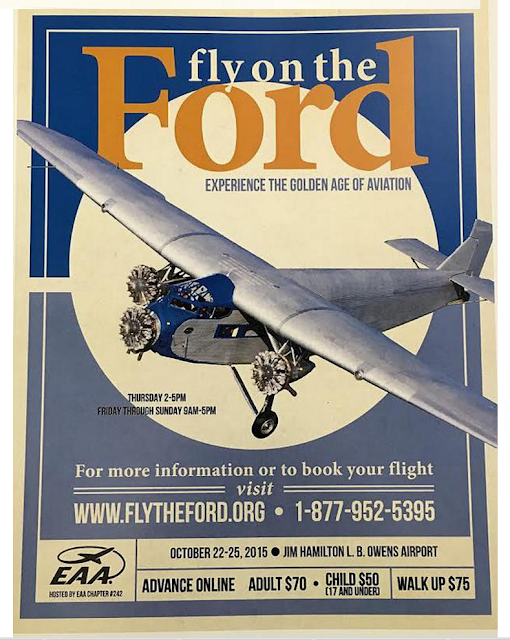 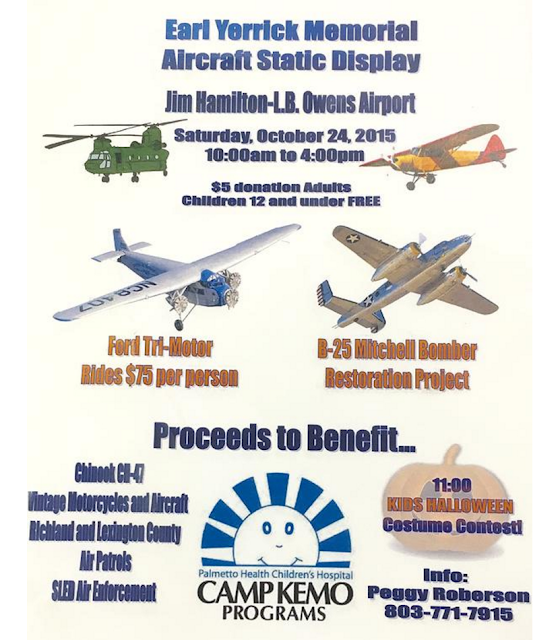 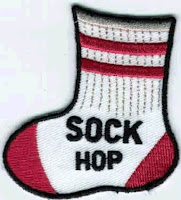 Hamburgers & Hotdogs and Bon Fire in the evening. 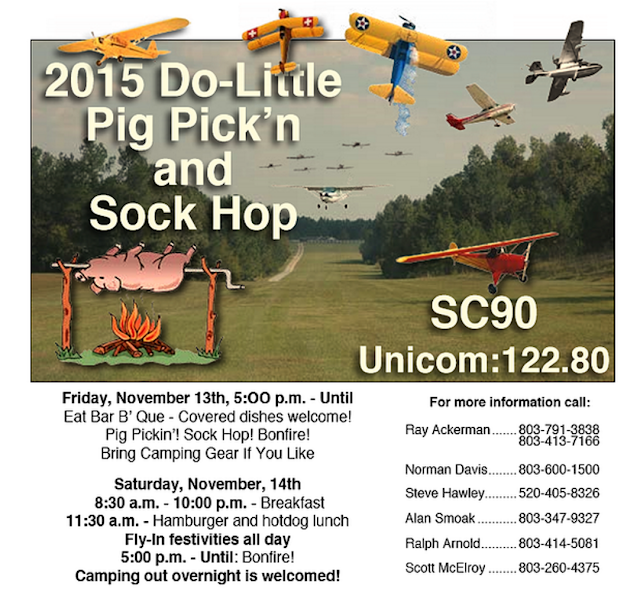 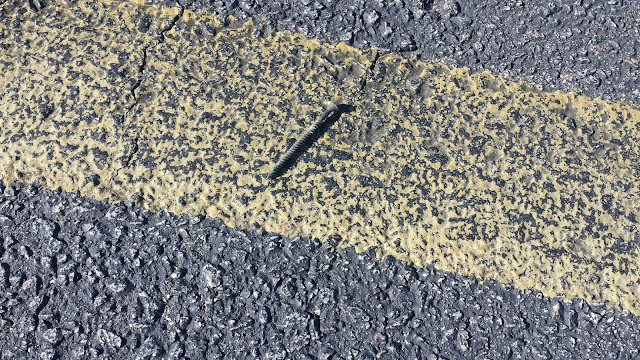 You have asked us to notify you when a seminar is scheduled that meets your criteria. The following seminar may be of interest to you:
"FREE WEBINAR - Get a Better Preflight Briefing!"
Topic: How to prepare for and receive a better preflight briefing.
On Wednesday, November 4, 2015 at 16:30
Location:
ONLINE ONLY--Webinar
16501 Sherman Way

In this 90 minute  webinar you will significantly improve the quality of your briefings and your understanding of the information provided to you. You'll also learn what the briefer needs to know in order to provide you exactly what you want and need. Lastly, you will  learn the differences in various forecasts and  what to look for to begin to identify hazardous weather conditions. Click here to register.
To view further details and registration information for this seminar, click here.
The sponsor for this seminar is: FAASTeam
The FAA Safety Team (FAASTeam) is committed to providing equal access to this meeting/event for all participants. If you need alternative formats or services because of a disability, please communicate your request as soon as possible with the person in the 'Contact Information' area of the meeting/event notice. Note that two weeks is usually required to arrange services.
The following credit(s) are available for the WINGS/AMT Programs:
Basic Knowledge 3 - 1 Credit
Advanced Knowledge 1 - 1 Credit
Master Knowledge 1 - 1 Credit

By BILL WALKER, For General Aviation News
In a little over a decade, Whiteplains Plantation has developed into a thriving airpark that markets itself as South Carolina’s premier residential aviation community. But it’s not just the homes, the hangars or the runway that make the airpark such a success. It’s the people, residents say.
There are about 70 homesites on the property, with another 24 to be built. Of the 45 lots that just have hangars on them, 30 are built. Close to 45 aircraft, including six under construction, are based at Whiteplains (SC99) in rural Lexington County, about 25 minutes from the state’s capital, Columbia, and about a mile west of Columbia Metropolitan Airport’s (CAE) Class C outer ring with its 1,800-foot shelf.

“The runway went down in 1998,” said Ken Plesser, a resident and former president of the Homeowners Association. “It became an official FAA airport Sept. 9, 1999.”
According to Plesser, the developer, Niel Bonacum, first envisioned the airpark as a place for local pilots to live together and have their planes nearby. “But it turned out to be such a nice community that over half of the people who now live in the airpark came from out of state,” he said.
About 100 people live on the airpark, with about a third of them retired. Many others come to Whiteplains on a daily basis because of the hangars without homes.
Most of the houses have direct access to the lighted 3,000-foot asphalt runway (9-27) or have access via taxiway from their homes, according to Steve Sanderson, an airpark resident and former corporate pilot. “Just a small strip of houses where the road is not a taxiway have no hangars on their lots. Those people who are pilots may have a hangar elsewhere.”
“In my opinion, Whiteplains is a cut above most airparks,” Plesser said, noting most of the homes are brick, between 2,000 to 3,000 square feet, with two-car garages and hangars. “It’s pretty cosmopolitan and looks like a fine residential community — it just so happens that everybody’s got an airplane in their backyard.”
“We range all the way from homebuilders who spend all their time building to a couple of twins,” Sanderson said. “One pilot flies a 1946 Republic Seabee amphibian between his Whiteplains hangar and his Lake Murray home.”
Nearby Lake Murray, a 50,000-acre hydroelectric reservoir created in the 1920s, boasts more than 500 miles of shoreline, making it one of the state’s major water recreation areas.
MEET THE RESIDENTS
Sanderson and his wife, a professor at the University of South Carolina, moved to the airpark about two years ago.
“We never considered a residential airpark,” he said. “I grew up in Class C airspace and a runway without an ILS is not a runway. But our realtor brought us out here and we signed on the dotted line that day. We bought a house that was under construction. We fell in love with the area. We fell in the love with the house. We fell in love with the people.”

Ed Fisher
Ed Fisher combines business and pleasure at Whiteplains. He has a home and hangar on the airpark and a second hangar for his firm, Raceair Designs, a prototype development service and restoration service for antiques, classics, homebuilts and racers. This past summer he put the last touches on a restored Yellow Racer, an original Goodyear Midget that first competed at Cleveland in 1949.
The two-time Oshkosh Grand Champion winner has built 19 airplanes, including 14 of his own design. “In 1991 I won with the Raceair Skylite, a parasol design in the ultralight class,” Fisher said. “And in 2004 I won again for the Raceair Zipster, which was another lightweight biplane in the ultralight class. There are 103 of the Skylites flying in the world today.”
Fisher learned from his parents, who were homebuilders in the Cleveland, Ohio, area. He later was heavily involved in the Formula V circuit and raced in Formula 1. He designed his first airplane, the Zippy Sport, in the early 1980s.
“My wife and I came to Whiteplains two years ago,” he said. “Her sister lived in the area and when my wife came up here from Florida to visit, she fell in love with the area. We got the airpark house first and it had a hangar and now we own this second hangar.”
“It’s a great group of people at Whiteplains,” he continued. “They’re happy that I’m here and I’m happy that I’m here. We all look out for each other and help each other. There are always projects at the airport going on that you can get involved with. I’m glad I can be of assistance if people need welding work or a patch job here and there.”
The people are what makes Whiteplains so special, agreed Dick Hitt and his wife, Judy, who live outside the airpark but spend time at their runway hangar each day.

“When I was a kid, my dad had an FBO at a little airport in Endicott, N.Y.,” Hitt said. “He was a mechanic and a flight instructor and everything else. Two or three times a day he and I would go out and sit by the runway and watch planes take off. Now my wife and I come over here nightly to watch planes take off and land. This is like a second home for me.”
Hitt, a former corporate pilot, served as the FAA’s safety program manager in Columbia for more than 15 years before retiring in 2008. In 1999 his contributions were recognized when he was named South Carolina Aviator of the Year and also inducted into the South Carolina Aviation Hall of Fame.
Several years ago, on the strength of his wife’s encouragement, he purchased a prize-winning 1950 PA-20 Pacer that now occupies center stage in their hangar.
While not an “official” resident, Hitt noted that Whiteplains is “wonderfully free from the divisive issues and bickering that are so common at many airport communities like this. Everybody pitches in to work together. People don’t just live here, they are a part of it, and they like being a part of it.”
Plesser added it’s difficult to create and maintain a successful airpark.
“Pilots all want to sit in the left front seat and be in charge,” he said. “And when you get 75 of them and put them all in a confined space and all 75 of them want to be in charge, it’s tough to build a successful airpark. But we have done that at Whiteplains.”
For more information: WhiteplainsPlantation.com. Landing at Whiteplains is by invitation only. Use the Contact Us section on the website for inquiries.

Bringing a B-17 back to life

Champaign Aviation Museum's B-17 "Champaign Lady" is undergoing restoration in the museum hangar. Photo by Champaign Aviation Museum.
Bill Albers recalls hearing stories about the Boeing B-17s that flew low over his homeland, the Netherlands, on a mission of mercy during the final days of World War II. The Allied Forces dropped 11,000 tons of rations to the German-occupied part of the Netherlands, which had been cut off from food and power by blockades.
The Flying Fortresses dropped rations from just 300 feet or even lower. The mission, which the U.S. forces called Operation Chowhound, brought food to starving Dutch citizens.

Seven decades later, Albers is part of a crew of volunteers working to bring a B-17 back to flying form. Champaign Lady is at Champaign Aviation Museum at Grimes Field Airport in Urbana, Ohio.
“It started off as a restoration,” Albers said of the project, which began in 2005. “I think it’s a misnomer. It’s a construction. This is new, an Experimental class.”
That’s because Champaign Lady is being pieced together with parts from other airframes—including a B-17 that crashed in Talkeetna, Alaska, in 1951—as well as parts built from scratch by the volunteers, who use specifications from the original drawings to guide them. The aircraft’s top gun turret was discovered under the porch of a Springfield, Ohio, resident’s home. “She thought it was a TV,” Albers said.
Albers, born in 1940, served in the Dutch Air Force and came to the United States in 1965.
“I loved this country right from the start,” he said.

Champaign Aviation volunteer Bill Albers talks about the B-17s that dropped food and supplies to starving Dutch citizens during Operation Chowhound.
He feels a connection to the B-17 and believes that volunteering on Champaign Lady is a way of giving back to the country that “gave so much to so many.”
Albers happened to be at the museum one afternoon when a World War II veteran from Franklin, Ohio, stopped by Grimes Field to see the project. Bill Kohr was a turret gun sight specialist on the B-17 and B-24 Liberator. Kohr served in the 8th Air Force, 3rd Division, 34th Group—and he had been a member of the one of the crews who dropped food during Operation Chowhound.
Champaign Lady’s restoration may last until 2023. She is intended to be a flying aircraft, joining the museum’s fully restored North American B-25 Mitchell, Champaign Gal, and its Stinson 10A. A Douglas C-47, Fairchild F-24, Douglas A-26 Invader, and Beechcraft C-45 Expeditor are on static display. The museum is open Tuesday through Saturday, 10 a.m. to 4 p.m. Admission is free. To learn how you can support the B-17 restoration project, see the website.