Janice Wood | Aircraft, Airshows & Fly-Ins | 15 hours ago
During the last airshow flight of the season, the world’s only flying B-29 Superfortress, FIFI, experienced an engine problem. The crew returned the airplane safely to the ground, but it was soon determined that FIFI’s number two engine would need major repairs. In response, the Commemorative Air Force (CAF) has launched a major fund raising campaign to raise money for one of the world’s most famous World War II bombers.
At nearly $10,000 and 100 volunteer hours per hour of flight, keeping FIFI in the air is no easy task, according to CAF officials, who estimate the cost for repairs to the number two engine and the purchase of a spare will top $250,000. The Keep FIFI Flying campaign’s goal is to raise those funds, ensuring continuous future operation and flight.

“The number of World War II veterans is dwindling every day,” said Neils Agather, commander of the B-29 Squadron of the CAF that operates the aircraft. “Our mission is to preserve the living legacy of the Greatest Generation and we intend to do all we can to preserve their story of sacrifice and honor.”
FIFI is a traveling piece of military history, flying to airshows and tour stops all over the country demonstrating to young and old the sights, smells and sounds of history, CAF officials explain.
“But the continued flight of FIFI is at risk,” Agather continued. “We need your help, each one doing a little bit, to  to spread the message.”
For more information about the campaign, visit KeepFifiFlying.com.
In 1957, a small group of ex-service pilots pooled their money to purchase a P-51 Mustang, beginning what is now called the Commemorative Air Force (CAF). With the addition of a pair of F8F Bearcats, the CAF became the founders of the Warbird Movement, an effort to preserve and honor our military history with the rallying cry to “Keep ‘Em Flying!” Now, 55 years later, the CAF is the premier Warbird organization, operating 156 vintage aircraft in Honor of American Military Aviation. A non-profit educational association, the CAF has more than 9,000 members and its fleet of historic aircraft is distributed to 73 units located in 27 states for care and operation. For more information, visit CommemorativeAirForce.org or call 432-563-1000.
Posted by Contact Information at 11/15/2012 11:07:00 AM No comments:

If your concerned about moisture collecting in your engine during a prolonged non use, you might consider building a simple dryer, consisting of some silica gel beads, a plastic bottle, a fish tank air pump, some tubing, cork and a timer.  Put them all together and you have one easy and cheap system that has worked very well for me.

I have the timer set for one hour run time per day.  Adjust yours for your conditions.  Once the gel is full of moisture, (Blue balls turn pink) simply pour them into a large pan and put it in the oven at 250 degrees until the balls turn blue again.  This can be done over and over again. How often you have to do this is determined on run time and how much moisture you have in your area. For me about once every 2-3 months.

In the tennis ball tube, I have a cloth sack full of silica gel beads. Trim the metal ring off the tube, and it stick right into the exhaust pipe.  Nice tight fit.

This is a open system, you can make it a closed system by having the intake of the pump suck air from the exhaust port tube coming from the engine.  For me, this wasn't worth the extra work.  This system has been in use for three years now. I purchased the silica gel online, just find the best deal.  Tubing and cork from hardware store.  Pump from Walmart.  Timer I had laying around from Christmas Lights. In all it was less than $50 bucks.

If you have any questions, you can contact me at duckey123@hotmail.com 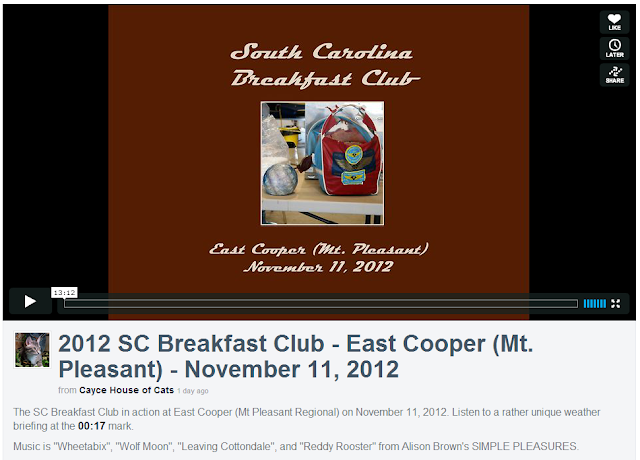 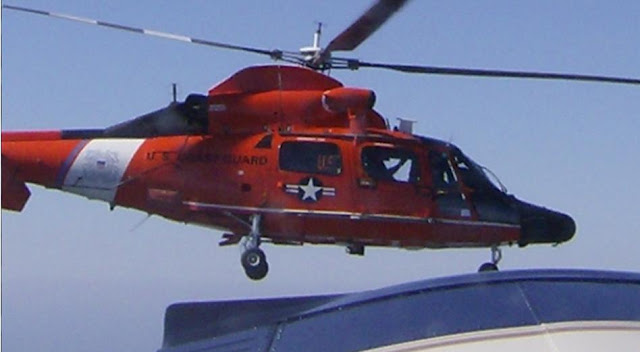 Just returned from a two-day training exercise as a "target" for training USCG interceptors. That's our left wingtip in the foreground.

Just when you thought the election season was over it's time to start all over again. The elections for Whiteplains Plantation Board members is rapidly approaching. There are two board members who's terms expire this year. Please consider running for the Board, or nominating someone to serve in this important role for our community.

Here are just a few of the many advantages of being a member of the board:
1. The pay for all board members has been doubled for 2013.
2. You are put in control of a budget that Federal Government could not even imagine.
3. You get to represent one of the few private residential communities with its own air force.
4. The time and effort you put into the community is noticed.
5. Once a year you get to assemble the humble masses for a nice BBQ dinner.

For those that want to run, or anyone wishing to make a nomination, please send them to me at: jeff.cargile@gmail.com 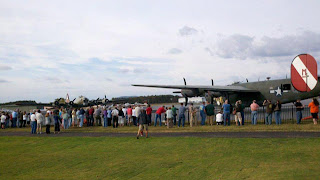 It's a sunny day—time to get outside and have some family fun. You could go to the park, or you could head for the airport and watch airplanes.
If you live near South Carolina's Greenville Downtown Airport, now you can now do both.
On Oct. 25, Airport Director Joe Frasher announced completion of phase one of an aviation park projectthat has been in planning and development for more than two years.
Community members who turned out for the park's opening the next day—which also was the beginning of a visit from vintage World War II aircraft of the Collings Foundation's Wings of Freedom Tour—could call some space their own on the site donated by the airport commission.

Notice Number: NOTC4427
The theme for the November/December 2012 FAA Safety Briefing is "Small Airplane, Big World."  This issue explores the significance of general aviation on a global scale and focuses on tools and resources that can help you operate safely beyond our borders. Feature articles include: a review of overseas flying requirements, how to master the language of aviation, and an inside look at how the International Civil Aviation Organization (ICAO) can impact your flying.   The link to the online edition is: http://1.usa.gov/FAA_ASB  FAA Safety Briefing is the safety policy voice for the non-commercial general aviation community.  The magazine's objective is to improve safety by: ·               making the community aware of FAA resources ·               helping readers understand safety and regulatory issues, and ·               encouraging continued training
Produced by the FAA Safety Briefing editors, http://www.faa.gov/news/safety_briefing/Address questions or comments to:mailto:SafetyBriefing@faa.gov. Follow us on Twitter @FAASafetyBrief or www.twitter.com/FAASafetyBrief
Posted by Contact Information at 11/06/2012 03:12:00 PM No comments: 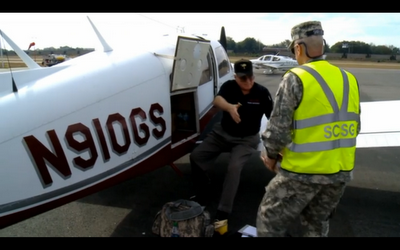 Here are 2 links to professionally shot HD Videos of our efforts to assist Hurricane Sandy victims.
http://www.wltx.com/news/story.aspx?storyid=207663
http://www.wltx.com/news/story.aspx?storyid=207935
The first link was shot in Columbia, SC on Saturday and Sunday, November 3rd and 4th with personnel from the South Carolina State Guard, Harvest Hope Food Bank and AERObridge working together under the direction of AERObridge Incident Commander Walt Martin.  Walt was assisted with Ground Operations by AERObridge support personnel Dennis Bassiin and Brittani Bensoussan.  Their control and coordination of the ground operations provided a safe and efficient transition for our flight to West Creek, New Jersey.  Kudos to the South Carolina State Guard for their ourstanding job repacking, unloading the truck and reloading our aircraft Sunday morning.  Special thanks to COL Tom Mullikin, MAJ Mary Louise Resch and CPL Scott Morgan.  Harvest Hope Food Bank was the "glue" that made our mission Sunday possible.  Many thanks to Mary Louise Resch, Scott Morgan, Chris Davis and Chris Daly for their efforts this weekend.  Each participant made possible our 938 NM round trip mission.  Again, thanks!
The second link was shot in West Creek, New Jersey at Eagles Nest Airport (31E) and at a nearby evacuation shelter on November 4th.  These videos were taken by WLTX-TV, CBS affiliate in Columbia, SC  The News Director for WLTX is Mary Beth Jacoby and her cell phone number is (803) 429-5268 and email  mjacoby@wltx.gannett.com  The journalist that flew with me to New Jersey is Steven Dial.  His cell phone number is (803) 223-3859 and email sdial@wltx.com Both Mary Beth and Steven said AERObridge could use these videos.  Please contact them for the details.
Let Craig Fuller at AOPA know that Peter Weidhorn and Karen Hendra, owner and operator of Eagles Nest appreciate AOPA's response to their call for help.
I will once again attempt to upload the video I shot Friday at Charleston Executive Airport on Johns Island, SC.  I will first try emailing them directly to Alan.

Select Number:
SO1347130
Description:
Join Mr. William Bowen for an in-depth discussion on the current state of advanced avionics in today's general aviation aircraft.  This seminar will focus on pilots transitioning from a steam gauge/six pack cluster environment to a pure digital presentation.  We will also discuss the development of a suitable training program and questions to ask when selecting a flight instructor."
To view further details and registration information for this seminar, click here.
The sponsor for this seminar is: SC FAASTeam
The FAA Safety Team (FAASTeam) is committed to providing equal access to this meeting/event for all participants. If you need alternative formats or services because of a disability, please communicate your request as soon as possible with the person in the "Contact Information" area of the meeting/event notice. Note that two weeks is usually required to arrange services.
The following credit(s) are available for the WINGS/AMT Programs:
Basic Flight 3 - 1 CreditClick here to view the WINGS help page
Posted by Contact Information at 11/04/2012 10:41:00 AM No comments: 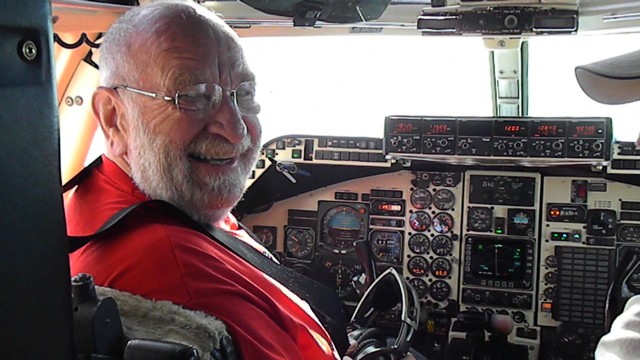