Summer is almost over, Party Time at Whiteplains Plantation at the Ballee's Hangar - Labor Day Party 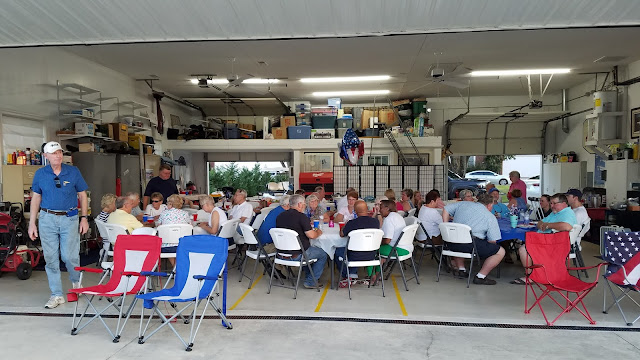 Friends,
The year has flown by quickly and September is almost upon us. So we are planning the annual Labor Day Party again at our house 220 Cirrus Lane for all to enjoy and renew friendships.
Chicken, Brats, Hamburgers, Soft drinks, will be furnished. If you would like adult beverage please bring your own. 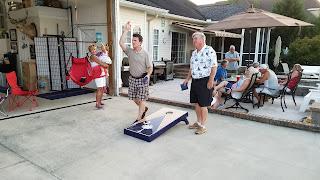 We encourage all the new members of Whiteplains to come and meet your new neighbors.
A dish to pass and RSVP would be appreciated please call Cecilia (CeCe) at 937-509-0004.
Place 220 Cirrus Lane
Time 3:00 pm
Activities 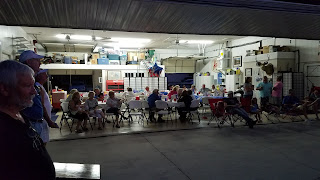 Games
Music
Food
Beverages (soda, lemonade,ice tea, water)
Hope to see you all there.
Mike and CeCe Ballee
Posted by Contact Information at 8/30/2018 12:25:00 PM No comments: 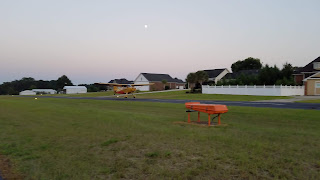 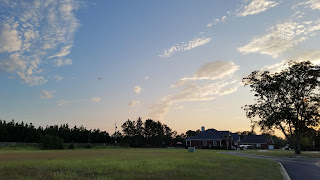 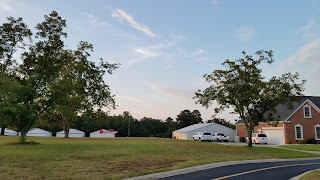 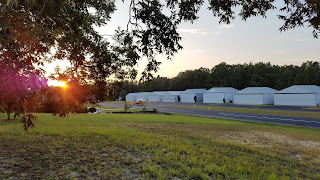 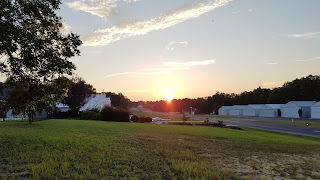 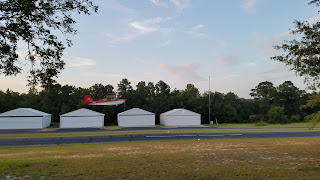 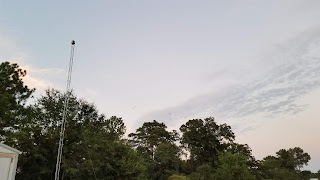 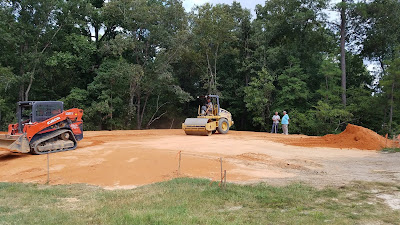 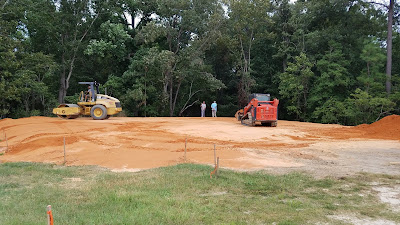 In October 1954 the 157th  Fighter Squadron at Congaree Air National Guard Base Eastover SC received two of the coveted  North American F86A’s Jet Fighters. They were the first supersonic air craft to be assigned at Squadron level. It was fifty one years after the Wight brothers flew their first airplane. It was also the Cadillac of the fighter pilots dream in comfort, pressurization, heating, cooling, windshield deicing, and the location and ease of controls 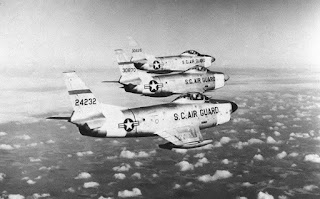 Every assigned pilot was eager to fly one and these two airplanes were kept busy.  Our squadron was assigned the Lockheed F80’s at that time and this new airplane was quite a leap in overall performance. The F86A aircraft was built by The North American Aviation Company and they were rightfully proud of their airplane.

For those pilots certified as having flown this airplane faster than the speed of sound, the company issued a nice lapel pin, smaller in diameter than a dime, it was known as a Mach Buster’s Pin. Also issued at the same time was a certificate signed by the unit’s Commanding officer, Lt Col Barney B McEntire, later General McEntire.

Lest there be any doubt about having flown faster than the speed of sound, the pilots were required to boom the field as witnessed by Col McEntire or his personal representative on mobile ground control.

Congaree Air Base, Eastover SC, and the surrounding area were soon to be BOOMED into the supersonic flight age.

The F-86A would go supersonic only in a steep dive with the drop tanks removed. The procedure at Congaree Air Base was to remove the drop tanks then, after takeoff, climb as rapidly as possible to forty thousand feet over the field, roll the airplane on it’s back and at full throttle aim the aircraft at the tetrahedron (wind sock) located near the center of the field.

From 40,000 ft it is difficult to know when you are directly over a small point of earth and mobile control would help in establishing this position.

To maintain a vertical dive in the F86A required maintaining a lot of forward stick pressure or trim and you really feel that the airplane is headed much past the straight down vertical position.

Here, for those who have not flown an airplane inverted, I should probably mention that gravity still works at all aircraft speeds and altitudes. You will want your seat belt and shoulder harness to be as tight as possible to keep you from falling toward the instrument panel making it difficult to locate the target as you roll the airplane over on its back and head straight down,

As you transition from subsonic speed to faster than the speed of sound you do not hear any change in sound in the cockpit or the sonic boom created and projected by the airplane.

You wanted the airplane to go thru the Mach as quickly as possible. It was said that if you went down at a slight angle it would take too long when transitioning thru to supersonic flight and the aircraft controls could become useless or reversed, especially the elevators which were changed in all later models The aircraft could then end up yawed sideways, or way past vertical inverted with reversed elevator action etc, and that was not good form.

I never tried to check this out. Believe me, from forty thousand feet to ground level faster than the speed of sound allows very little time to do much besides aim the airplane at the target and pull out of the vertical dive before reaching ground level. The airplane would go subsonic in the dive even at full power around 25000ft altitude because of air density.

The flight controls in the F86A were different from all the following F86 series in that they were mechanically connected to the stick and rudder with hydraulic assist, later models were all hydraulic irreversible controls with no mechanical connection, but with artificial feel.

The sonic boom, a startling sound like a loud clap of thunder on a clear cloudless day was a seldom heard phenomenon at that time, (about fifty years after the Wright brothers flew their first airplane).

Later when supersonic airplanes became more common and the destructive effects of a sonic boom on a building’s structure, foundation and especially the window glass, was recognized and compensation demanded, the location and track of each supersonic flight were required to be logged and reported. Eventually, all supersonic flights over land except emergency intercepts of unidentified aircraft required a pre-approved flight plan. Supersonic flights could still be done at sea without prior approval.

One interesting incident that occurred during this time involved two very close friends of mine, Captain B and Captain D. .

Capt B was scheduled for his first supersonic flight and his friend, Capt D was assigned the duty of mobile control and was Col McEntire’s personal representative to monitor the flight at ground level. Capt B made the standard climb to altitude and was cleared to aim a sonic boom at the field. When he completed the dive and contacted his friend on mobile control after the pullout. He asked how that one was. His friend on ground mobile control, said sorry B, I didn’t hear a thing (Not true). You will have to do it again Capt D said. So Capt B climbed back to altitude. This time he said to himself as he climbed, I will make sure they hear me this time.  I have only enough fuel to make one more pass, so Instead of aiming for the center of the field, he aimed for the ramp area between the two hangers. No question about it, this time as the boom hit the pavement and as the shock wave reverberated between the two hangers many glass panels in the hanger doors were shattered and fell to the pavement. Col Mc met Capt B at the airplane after he landed. After hearing the story, Col Mc told Capt B that he would have to pay for this destruction of government property. The windows were replaced. I am not sure who paid for what or when, but Capt B did get his Mach Busters Pin and certificate.

According to official flight records (Airforce Form 5) I was one of the last pilots to fly the F86A at Congaree and get a Mach Busters pin before the F86A’s were transferred to another squadron. I am not in the photo of the Mach Busters at Congaree Air Base.( fourteen in number)  as shown on page 126 in Capt Bob McCook’s book “Green One The" 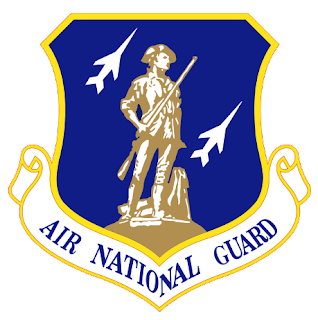 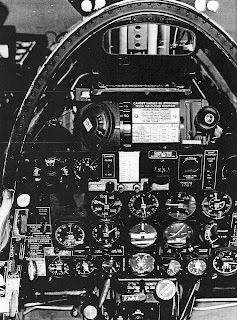